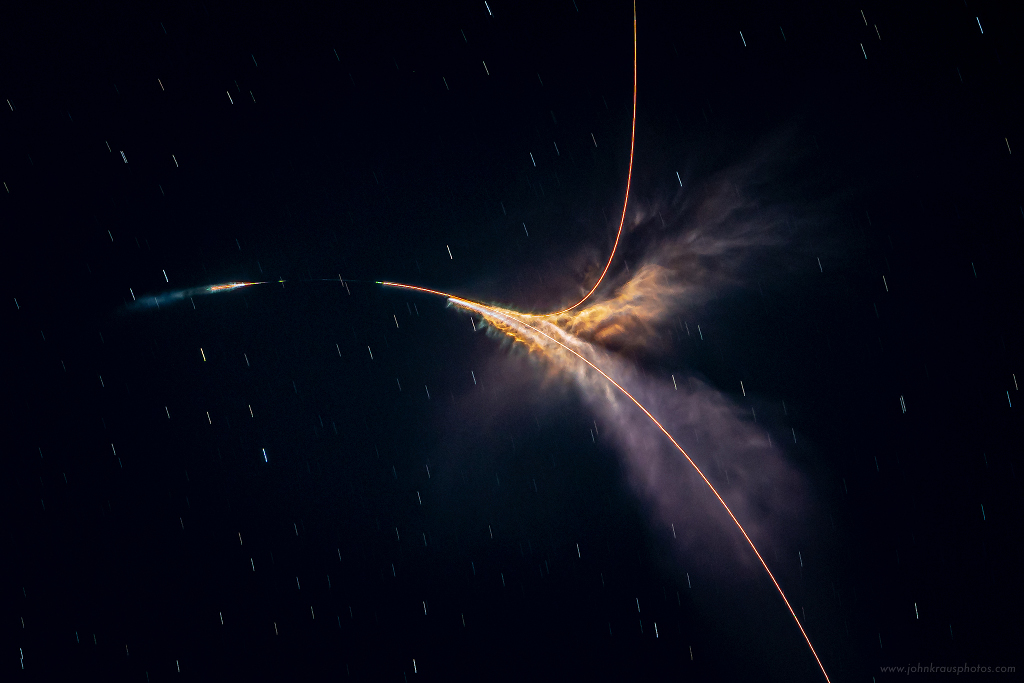 Short star trails appear in this single 84 second long exposure, taken on March 6 from a rotating planet. The remarkable scene also captures the flight of a Falcon 9 rocket and Dragon cargo spacecraft over Cape Canaveral Air Force Station shortly after launch, on a resupply mission bound for the International Space Station. Beginning its return to a landing zone about 9 kilometers from the launch site, the Falcon 9 first stage boostback burn arcs toward the top of the frame. The second stage continues toward low Earth orbit though, its own fiery arc traced below the first stage boostback burn from the camera's perspective, along with expanding exhaust plumes from the two stages. This Dragon spacecraft was a veteran of two previous resupply missions. Successfully returning to the landing zone, this Falcon 9 first stage had flown before too. Its second landing marked the 50th landing of a SpaceX orbital class rocket booster. via NASA https://ift.tt/33auDJj
Posted by Nadia Zagainova at 9:08 PM