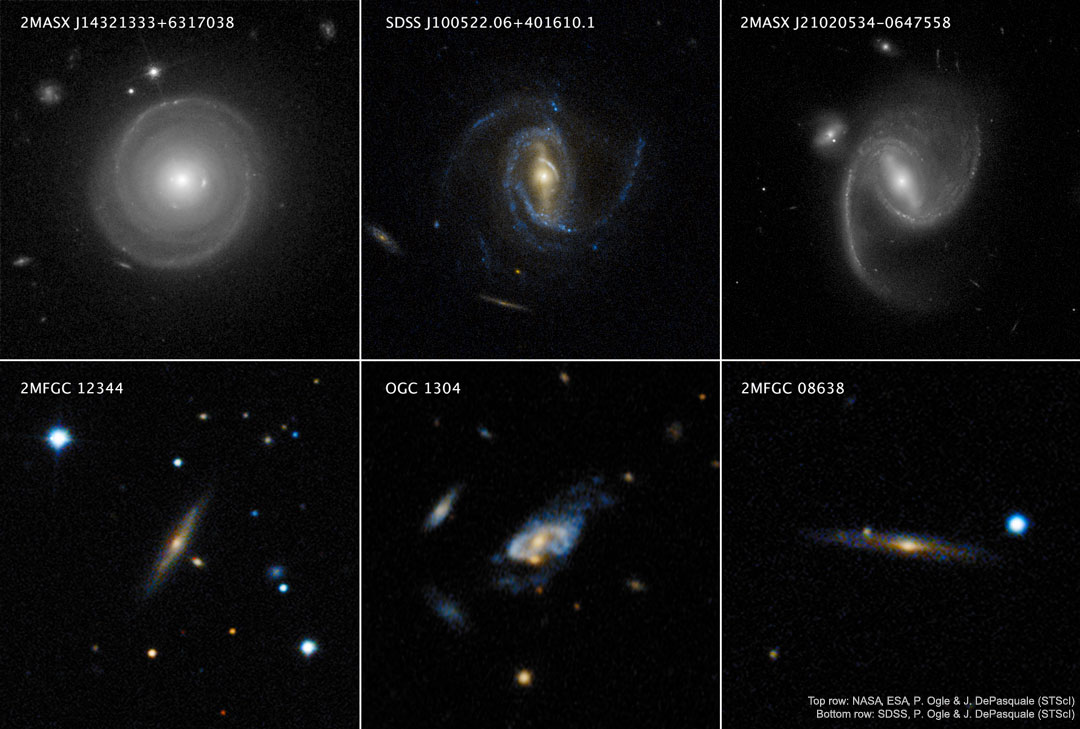 Why are these galaxies spinning so fast? If you estimated each spiral's mass by how much light it emits, their fast rotations should break them apart. The leading hypothesis as to why these galaxies don't break apart is dark matter -- mass so dark we can't see it. But these galaxies are even out-spinning this break-up limit -- they are the fastest rotating disk galaxies known. It is therefore further hypothesized that their dark matter halos are so massive -- and their spins so fast -- that it is harder for them to form stars than regular spirals. If so, then these galaxies may be among the most massive spirals possible. Further study of surprising super-spirals like these will continue, likely including observations taken by NASA's James Webb Space Telescope scheduled for launch in 2021. via NASA https://ift.tt/2NT3raX
Posted by Nadia Zagainova at 9:08 PM