Daphnis and the Rings of Saturn 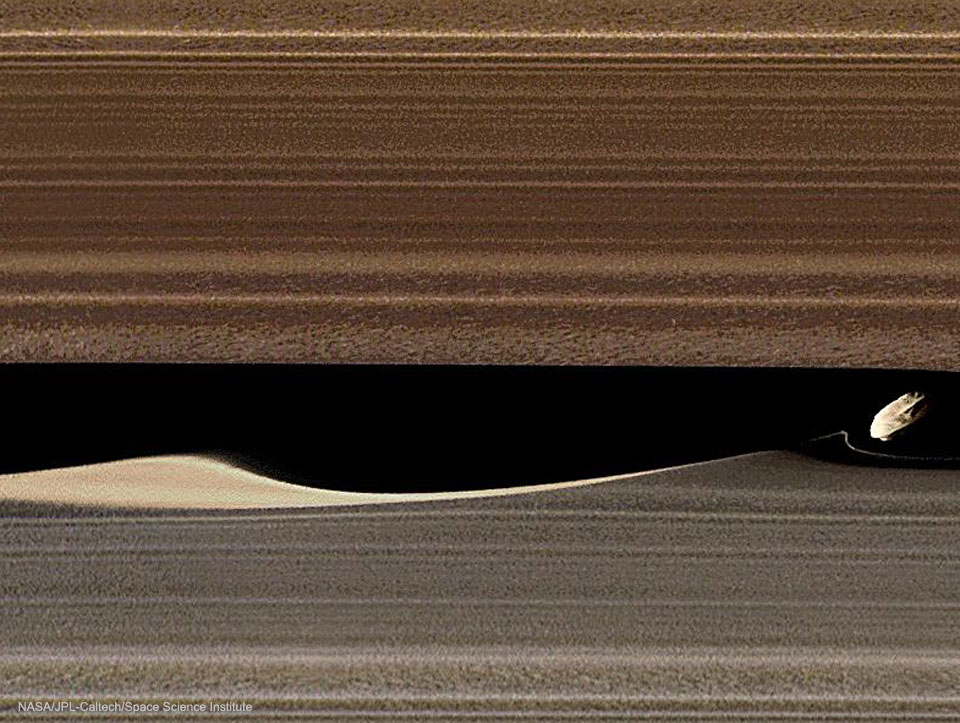 What's happening to the rings of Saturn? A little moon making big waves. The moon is 8-kilometer Daphnis and it is making waves in the Keeler Gap of Saturn's rings using just its gravity -- as it bobs up and down, in and out. The featured image is a colored and more detailed version of a previously released images taken in 2017 by the robotic Cassini spacecraft during one of its Grand Finale orbits. Daphnis can be seen on the far right, sporting ridges likely accumulated from ring particles. Daphnis was discovered in Cassini images in 2005 and raised mounds of ring particles so high in 2009 -- during Saturn's equinox when the ring plane pointed directly at the Sun -- that they cast notable shadows. via NASA https://ift.tt/2C4zQFO
Posted by Nadia Zagainova at 10:08 PM