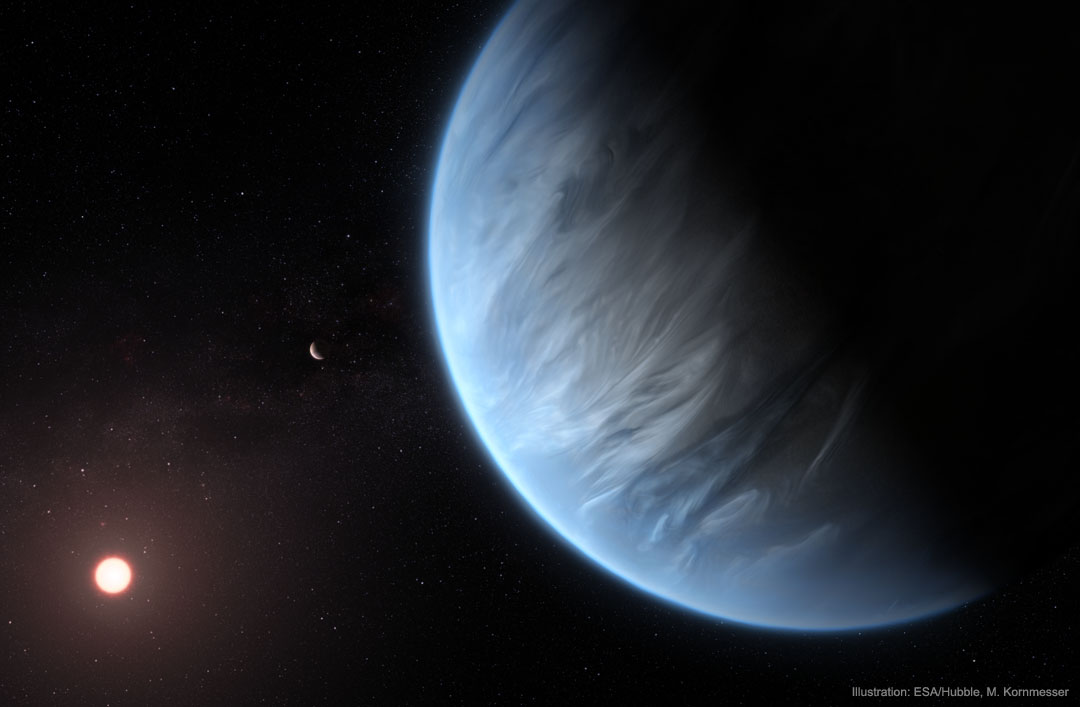 Where else might life exist? One of humanity's great outstanding questions, locating planets where extrasolar life might survive took a step forward recently with the discovery of a significant amount of water vapor in the atmosphere of distant exoplanet K2-18b. The planet and it parent star, K2-18, lie about 124 light years away toward the constellation of the Lion (Leo). The exoplanet is significantly larger and more massive than our Earth, but orbits in the habitable zone of its home star. K2-18, although more red than our Sun, shines in K2-18b's sky with a brightness similar to the Sun in Earth's sky. The discovery was made in data from three space telescopes: Hubble, Spitzer, and Kepler, by noting the absorption of water-vapor colors when the planet moved in front of the star. The featured illustration imagines exoplanet K2-18b on the right, its parent red dwarf star K2-18 on the left, and an unconfirmed sister planet between them. via NASA https://ift.tt/2ZWGOKL
Posted by Nadia Zagainova at 9:08 PM