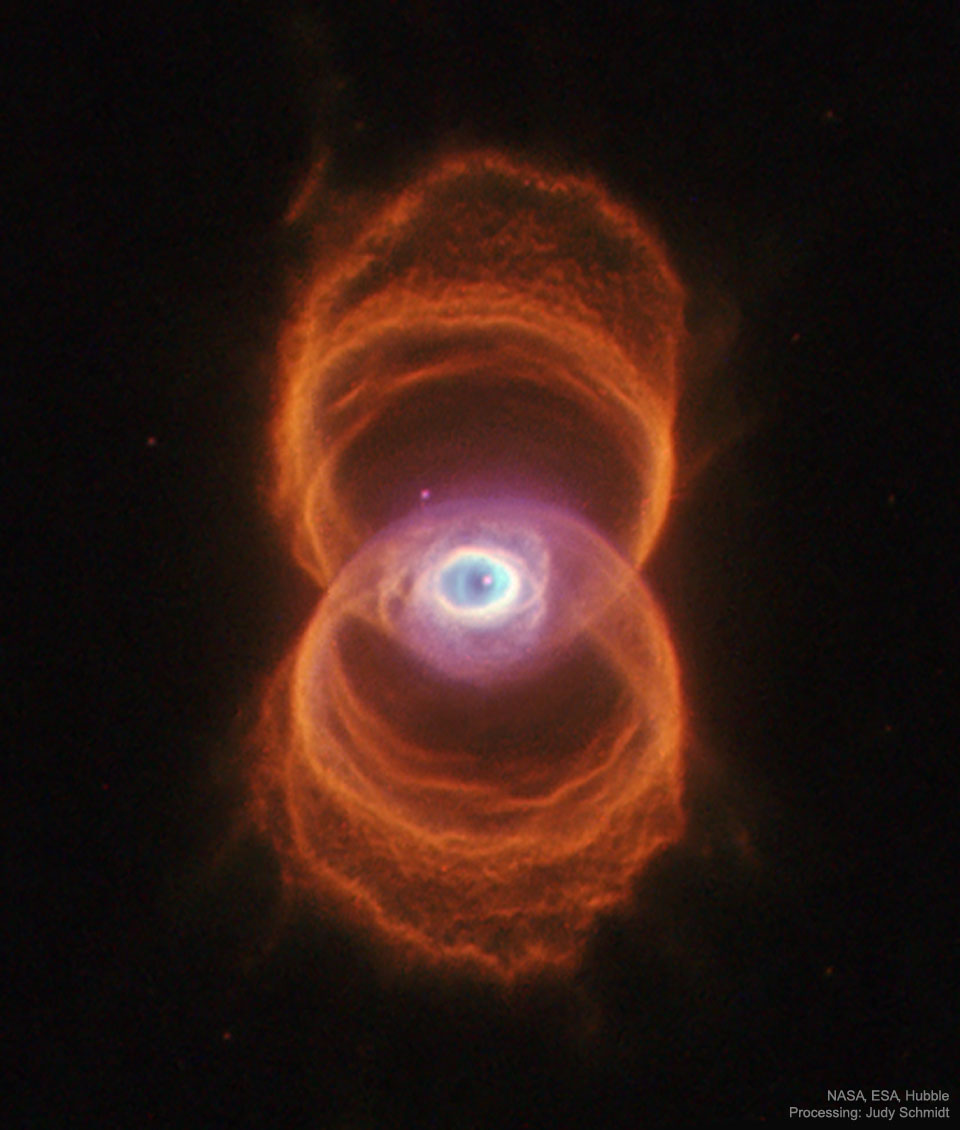 Do you see the hourglass shape -- or does it see you? If you can picture it, the rings of MyCn 18 trace the outline of an hourglass -- although one with an unusual eye in its center. Either way, the sands of time are running out for the central star of this hourglass-shaped planetary nebula. With its nuclear fuel exhausted, this brief, spectacular, closing phase of a Sun-like star's life occurs as its outer layers are ejected - its core becoming a cooling, fading white dwarf. In 1995, astronomers used the Hubble Space Telescope (HST) to make a series of images of planetary nebulae, including the one featured here. Pictured, delicate rings of colorful glowing gas (nitrogen-red, hydrogen-green, and oxygen-blue) outline the tenuous walls of the hourglass. The unprecedented sharpness of the Hubble images has revealed surprising details of the nebula ejection process that are helping to resolve the outstanding mysteries of the complex shapes and symmetries of planetary nebulas like MyCn 18. via NASA https://ift.tt/2nxkKoo
Posted by Nadia Zagainova at 10:08 PM