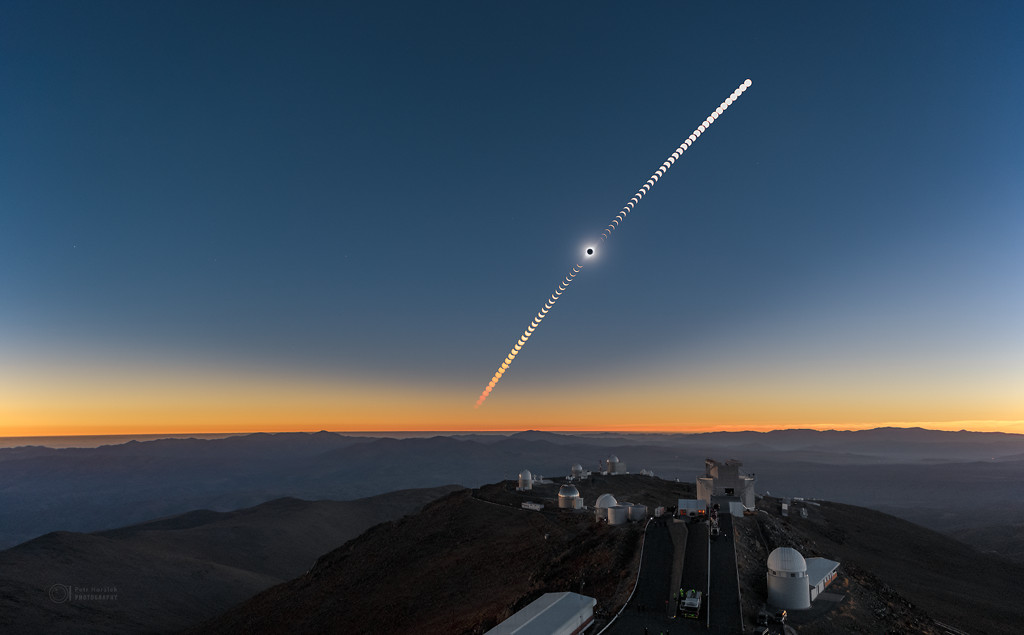 The road to the high mountaintop La Silla Observatory in the Chilean Atacama Desert also led in to the path of July 2nd's total solar eclipse. Recorded at regular intervals before and after the total eclipse phase, the frames in this composite sequence include the moment the Moon's dark shadow fell across some of planet Earth's advanced large telescopes. The dreamlike view looks west toward the setting Sun and the approaching Moon shadow. In fact La Silla was a little north of the shadow track's center line, so the region's stunning, clear skies are slightly brighter to the north (right) in the scene. via NASA https://ift.tt/2JdtRTC
Posted by Nadia Zagainova at 9:09 PM