Elements in the Aftermath 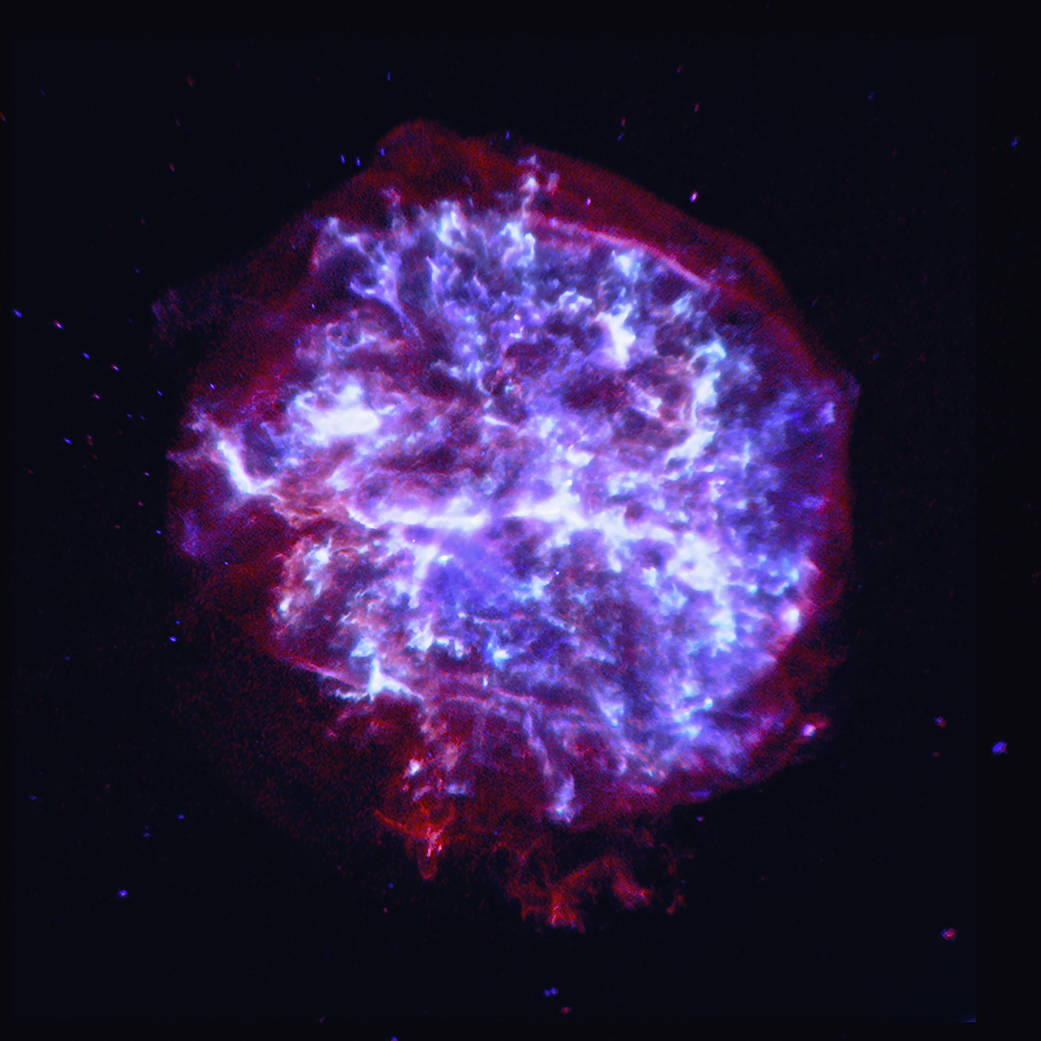 Massive stars spend their brief lives furiously burning nuclear fuel. Through fusion at extreme temperatures and densities surrounding the stellar core, nuclei of light elements ike Hydrogen and Helium are combined to heavier elements like Carbon, Oxygen, etc. in a progression which ends with Iron. So a supernova explosion, a massive star's inevitable and spectacular demise, blasts back into space debris enriched in heavier elements to be incorporated into other stars and planets and people). This detailed false-color x-ray image from the orbiting Chandra Observatory shows such a hot, expanding stellar debris cloud about 36 light-years across. Cataloged as G292.0+1.8, this young supernova remnant is about 20,000 light-years distant toward the southern constellation Centaurus. Light from the inital supernova explosion reached Earth an estimated 1,600 years ago. Bluish colors highlight filaments of the mulitmillion degree gas which are exceptionally rich in Oxygen, Neon, and Magnesium. This enriching supernova also produced a pulsar in its aftermath, a rotating neutron star remnant of the collapsed stellar core. The stunning image was released as part of the 20th anniversary celebration of the Chandra X-ray Observatory. via NASA https://ift.tt/316bB4y
Posted by Nadia Zagainova at 9:08 PM