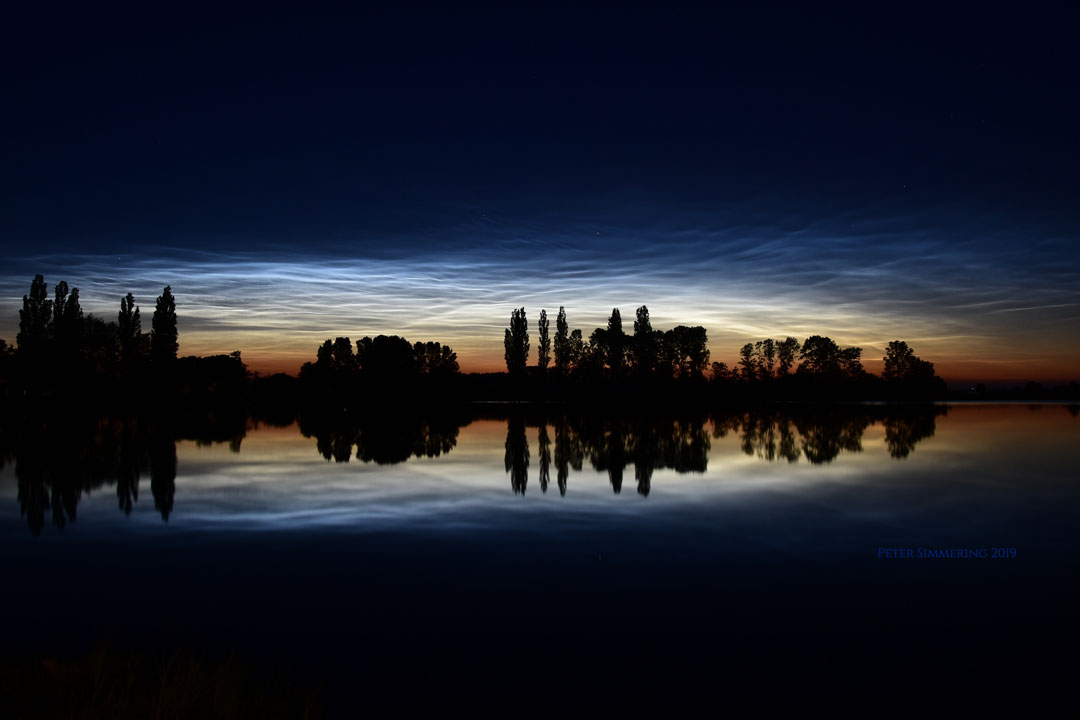 Sometimes it's night on the ground but day in the air. As the Earth rotates to eclipse the Sun, sunset rises up from the ground. Therefore, at sunset on the ground, sunlight still shines on clouds above. Under usual circumstances, a pretty sunset might be visible, but unusual noctilucent clouds float so high up they can be seen well after dark. Normally too dim to be seen, they may become visible just after sunset during the summer when illuminated by sunlight from below. Noctilucent clouds are the highest clouds known and thought to be part of polar mesospheric clouds. Featured here as they appeared two weeks ago, a network of noctilucent clouds was captured not only in the distant sky but in reflection from a small lake just north of Zwolle, Netherlands, with trees in stark silhouette across the horizon. Unusually bright noctilucent clouds continue to appear over much of northern Europe. Much about noctilucent clouds has been discovered only over the past decade, while how they form and evolve remains a topic of active research. via NASA https://ift.tt/2J0jhha
Posted by Nadia Zagainova at 9:09 PM