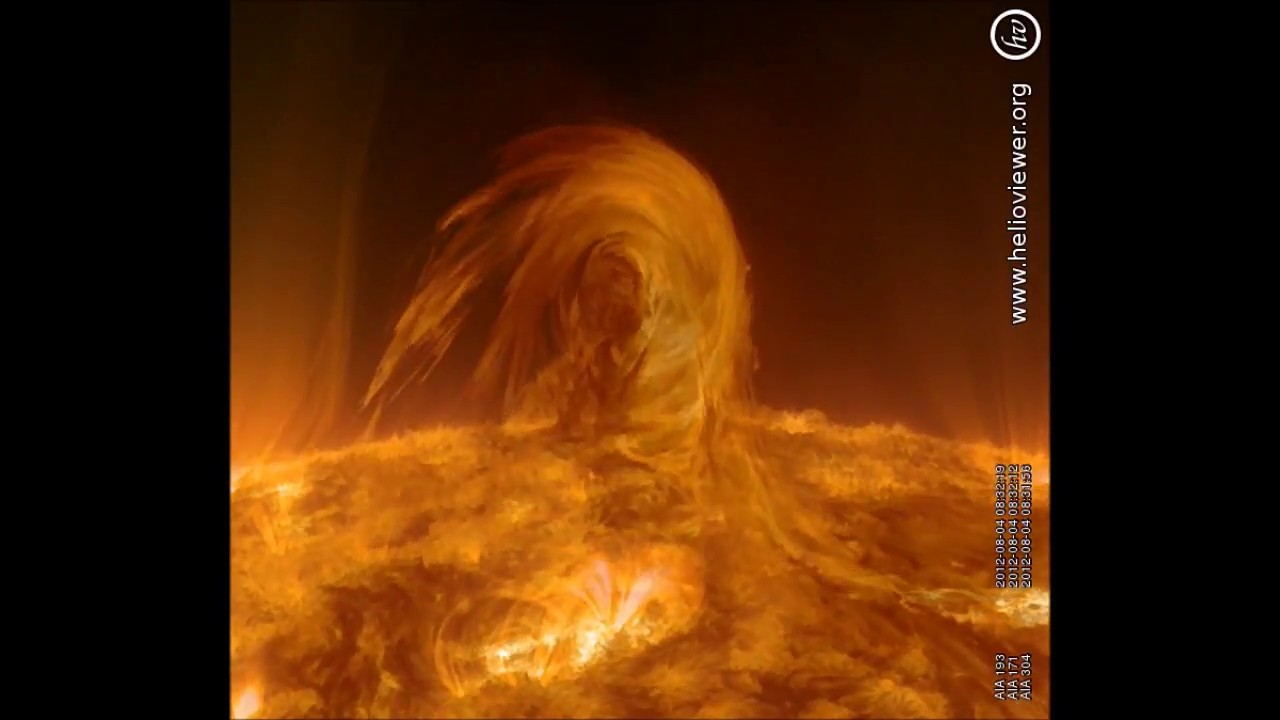 Sometimes, the surface of our Sun seems to dance. In the middle of 2012, for example, NASA's Sun-orbiting Solar Dynamic Observatory spacecraft imaged an impressive prominence that seemed to perform a running dive roll like an acrobatic dancer. The dramatic explosion was captured in ultraviolet light in the featured time-lapse video covering about three hours. A looping magnetic field directed the flow of hot plasma on the Sun. The scale of the dancing prominence is huge -- the entire Earth would easily fit under the flowing arch of hot gas. A quiescent prominence typically lasts about a month, and may erupt in a Coronal Mass Ejection (CME) expelling hot gas into the Solar System. The energy mechanism that creates a solar prominence is still a topic of research. Unlike 2012, this year the Sun's surface is significantly more serene, featuring fewer spinning prominences, as it is near the minimum in its 11-year magnetic cycle. via NASA https://ift.tt/2CyjGXp
Posted by Nadia Zagainova at 10:08 PM