Along the Western Veil 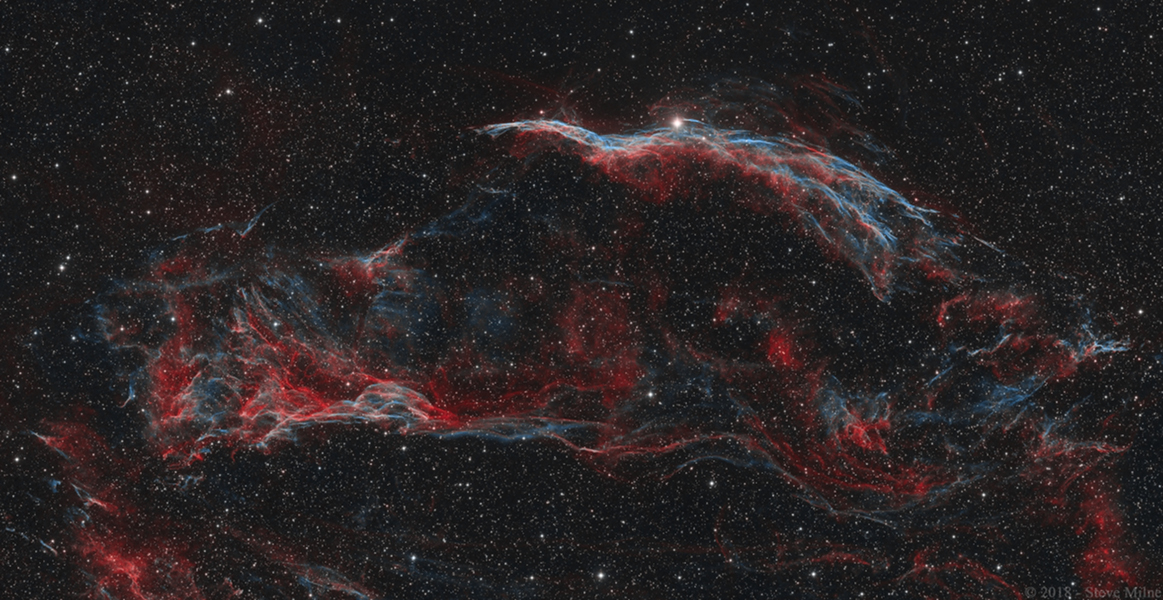 Delicate in appearance, these filaments of shocked, glowing gas, are draped across planet Earth's sky toward the constellation of Cygnus. They form the western part of the Veil Nebula. The Veil Nebula itself is a large supernova remnant, an expanding cloud born of the death explosion of a massive star. Light from the original supernova explosion likely reached Earth over 5,000 years ago. Blasted out in the cataclysmic event, the interstellar shock wave plows through space sweeping up and exciting interstellar material. The glowing filaments are really more like long ripples in a sheet seen almost edge on, remarkably well separated into atomic hydrogen (red) and oxygen (blue-green) gas. Also known as the Cygnus Loop, the Veil Nebula now spans nearly 3 degrees or about 6 times the diameter of the full Moon. While that translates to over 70 light-years at its estimated distance of 1,500 light-years, this telescopic two panel mosaic image of the western portion spans about half that distance. Brighter parts of the western Veil are recognized as separate nebulae, including The Witch's Broom (NGC 6960) along the top of this view and Pickering's Triangle (NGC 6979) below and left. via NASA https://ift.tt/2NlbeQf
Posted by Nadia Zagainova at 11:08 PM