Rotation of the Large Magellanic Cloud 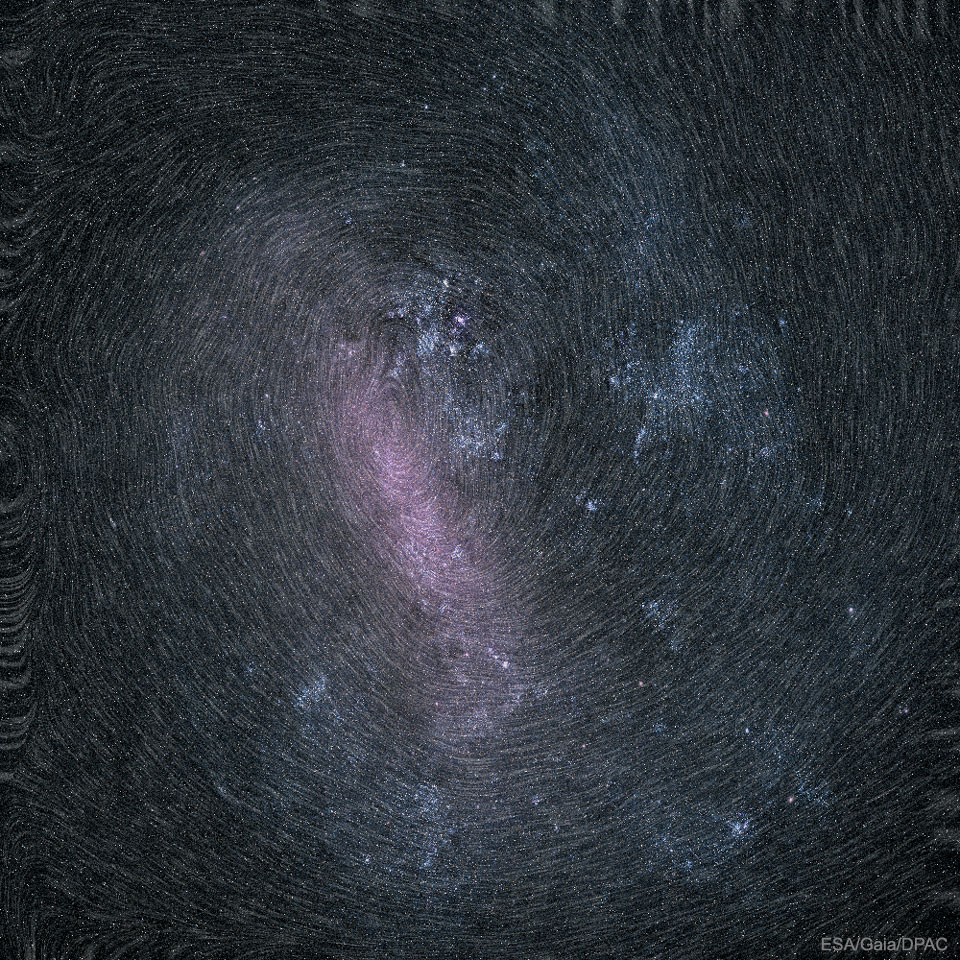 This image is not blurry. It shows in clear detail that the largest satellite galaxy to our Milky Way, the Large Cloud of Magellan (LMC), rotates. First determined with Hubble, the rotation of the LMC is presented here with fine data from the Sun-orbiting Gaia satellite. Gaia measures the positions of stars so accurately that subsequent measurements can reveal slight proper motions of stars not previously detectable. The featured image shows, effectively, exaggerated star trails for millions of faint LMC stars. Inspection of the image also shows the center of the clockwise rotation: near the top of the LMC's central bar. The LMC, prominent in southern skies, is a small spiral galaxy that has been distorted by encounters with the greater Milky Way Galaxy and the lesser Small Magellanic Cloud (SMC). via NASA https://ift.tt/2IFqgy2
Posted by Nadia Zagainova at 12:08 AM