The Snows of Churyumov Gerasimenko 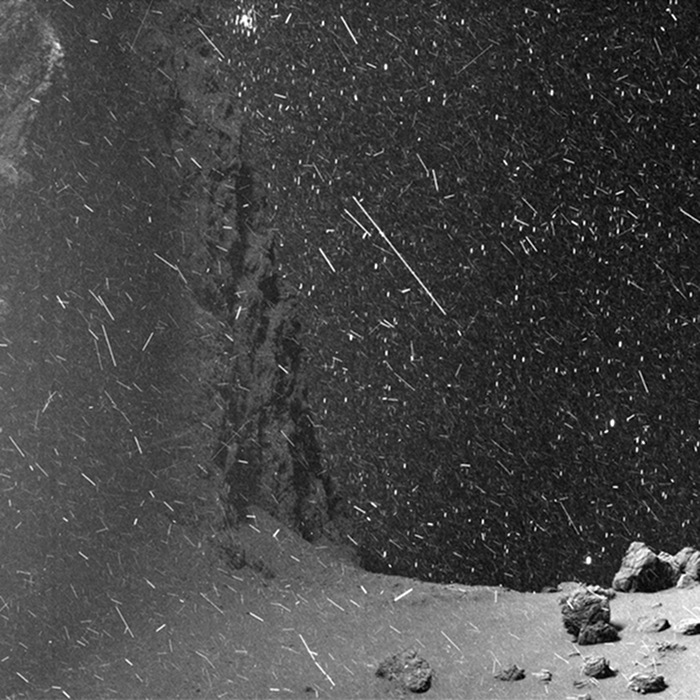 You couldn't really be caught in this blizzard while standing by a cliff on Churyumov-Gerasimenko, also known as comet 67P. Orbiting the comet in June of 2016 the Rosetta spacecraft's narrow angle camera did record streaks of dust and ice particles though, as they drifted across the field of view near the camera and above the comet's surface. Still, some of the bright specks in the scene are likely due to a rain of energetic charged particles or cosmic rays hitting the camera, and the dense background of stars in the direction of the constellation Canis Major. Click on this single frame to play and the background stars are easy to spot as they trail from top to bottom in an animated gif (7.7MB). The 33 frames of the time compressed animation span about 25 minutes of real time. The stunning gif was constructed from consecutive images taken while Rosetta cruised some 13 kilometers from the comet's nucleus. via NASA https://ift.tt/2vNeeO2
Posted by Nadia Zagainova at 12:08 AM