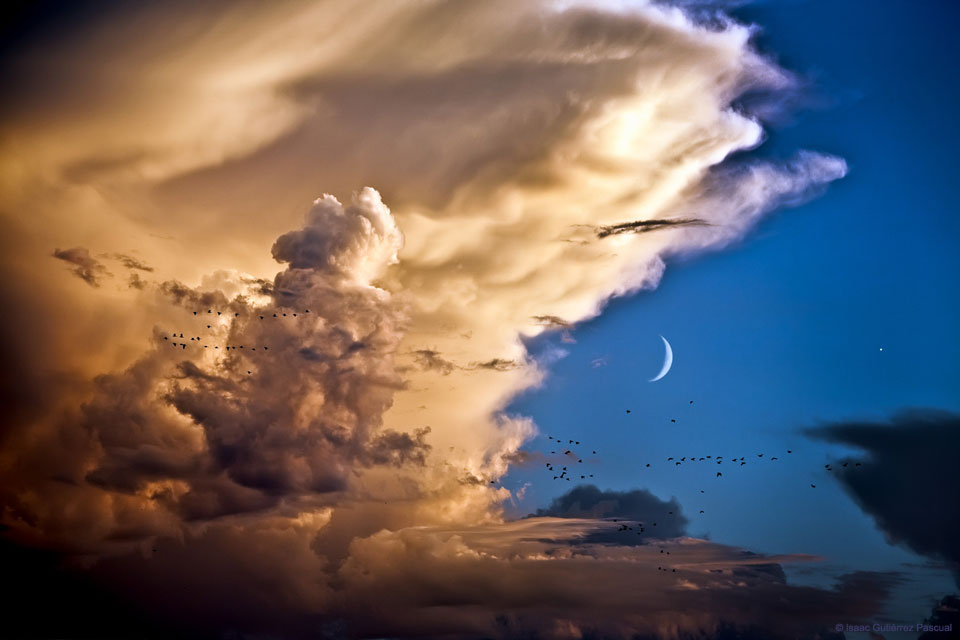 Sometimes the sky above can become quite a show. In early September of 2010, for example, the Moon and Venus converged, creating quite a sight by itself for sky enthusiasts around the globe. From some locations, though, the sky was even more picturesque. In the featured image taken in Spain, a crescent Moon and the planet Venus, on the far right, were captured during sunset posing against a deep blue sky. In the foreground, dark storm clouds loom across the image bottom, while a white anvil cloud shape appears above. Black specks dot the frame, caused by a flock of birds taking flight. Very soon after this picture was taken, however, the birds passed by, the storm ended, and Venus and the Moon set. Bright Venus is again visible just after sunset this month (2018 March) and will appear quite near Mercury tonight and the rest of this week. via NASA http://ift.tt/2F7vb9Y
Posted by Nadia Zagainova at 12:08 AM