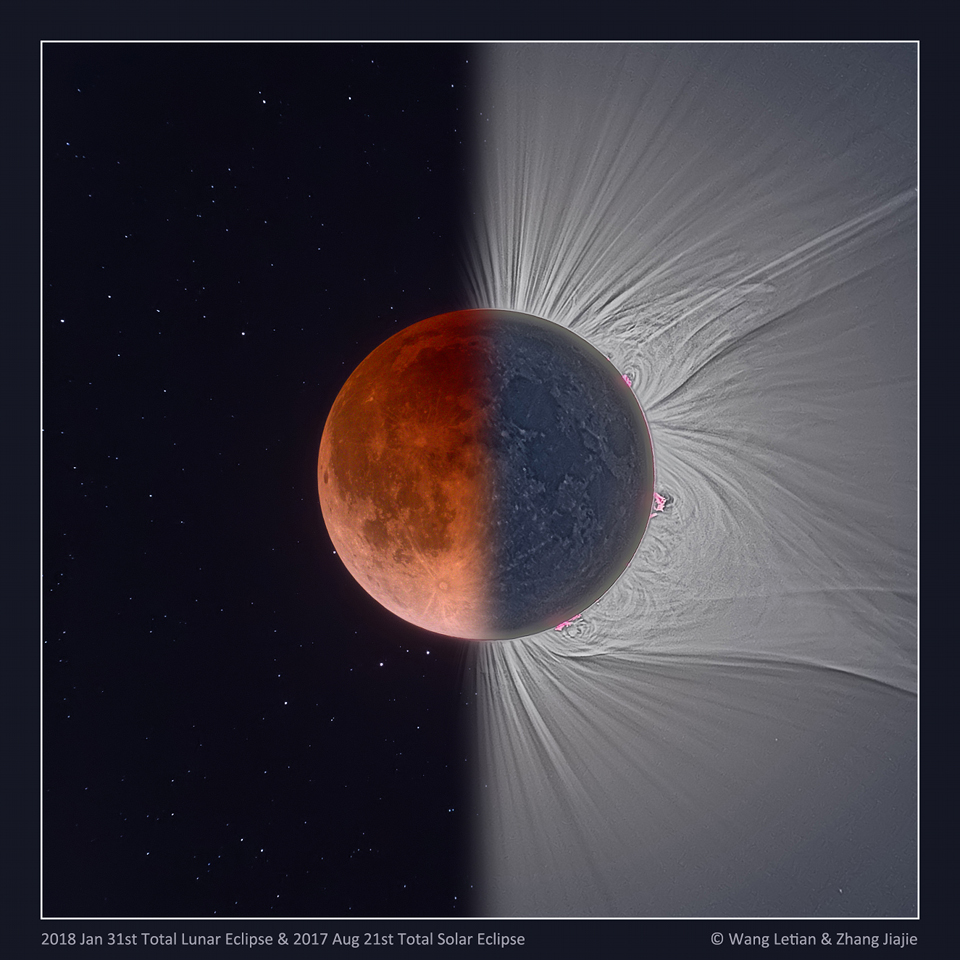 This digitally processed and composited picture creatively compares two famous eclipses in one; the total lunar eclipse (left) of January 31, and the total solar eclipse of August 21, 2017. The Moon appears near mid-totality in both the back-to-back total eclipses. In the lunar eclipse, its surface remains faintly illuminated in Earth's dark reddened shadow. But in the solar eclipse the Moon is in silhouette against the Sun's bright disk, where the otherwise dark lunar surface is just visible due to earthshine. Also seen in the lunar-aligned image pair are faint stars in the night sky surrounding the eclipsed Moon. Stunning details of prominences and coronal streamers surround the eclipsed Sun. The total phase of the Great American Eclipse of August 21 lasted about 2 minutes or less for locations along the Moon's shadow path. From planet Earth's night side, totality for the Super Blue Blood Moon of January 31 lasted well over an hour. via NASA http://ift.tt/2H0ceDv
Posted by Nadia Zagainova at 12:08 AM