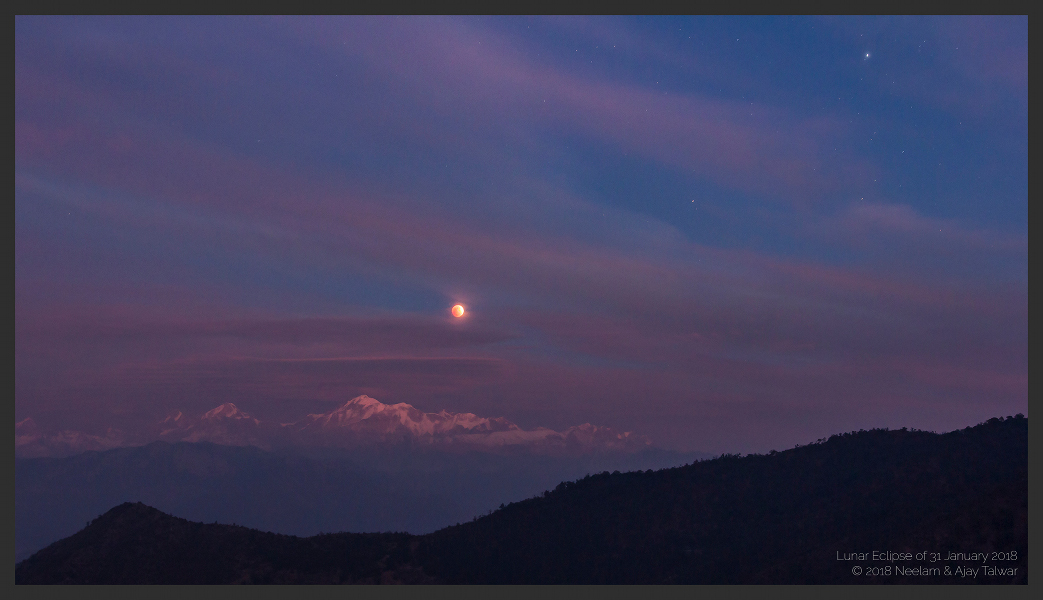 This atmospheric picture of a distant horizon looks toward the tall Trisul peaks of India's snowy Himalayan mountains. Taken from a remote location on January 31, brightest star Sirius shines at the upper right. The red Moon rising is gliding through Earth's shadow during the evening's much anticipated total lunar eclipse. Enjoyed across the planet's night side, the eclipse was the first of two total lunar eclipses in 2018, kicking off a good year for moonwatchers. But this was a rare treat. The eclipsed Moon also loomed large near perigee, the closest point in its orbit, during the second Full Moon of the month, also known as a Blue Moon. For the July 27, 2018 total lunar eclipse, the Full Moon will be very near apogee. via NASA http://ift.tt/2EaQqqp
Posted by Nadia Zagainova at 12:08 AM