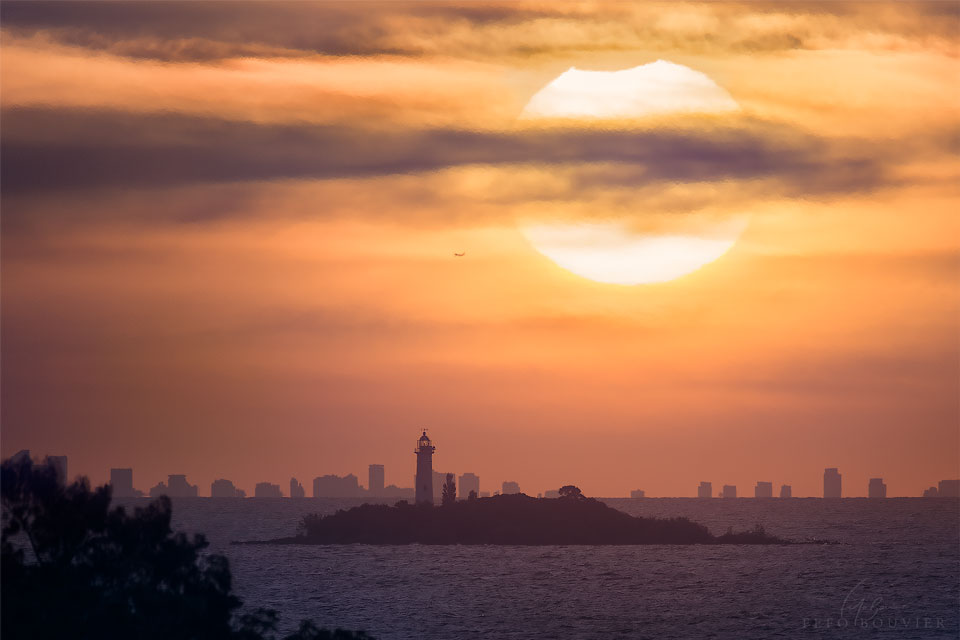 What's happened to top of the Sun? Last week, parts of Earth's southern hemisphere were treated to a partial solar eclipse, where the Moon blocks out part of the Sun. The featured image was taken toward the end of the eclipse from the coast of Uruguay overlooking Argentina's Buenos Aires. Light-house adorned Farallón Island is seen in the foreground, and a plane is visible just to the left of the Sun. The image is actually a digital combination of two consecutive exposures taken with the same camera using the same settings -- one taken of the landscape and another of the background Sun. The next solar eclipse visible on Earth will be another partial eclipse occurring in mid-July and visible from parts of southern Australia including Tasmania. via NASA http://ift.tt/2C73dJH
Posted by Nadia Zagainova at 12:08 AM