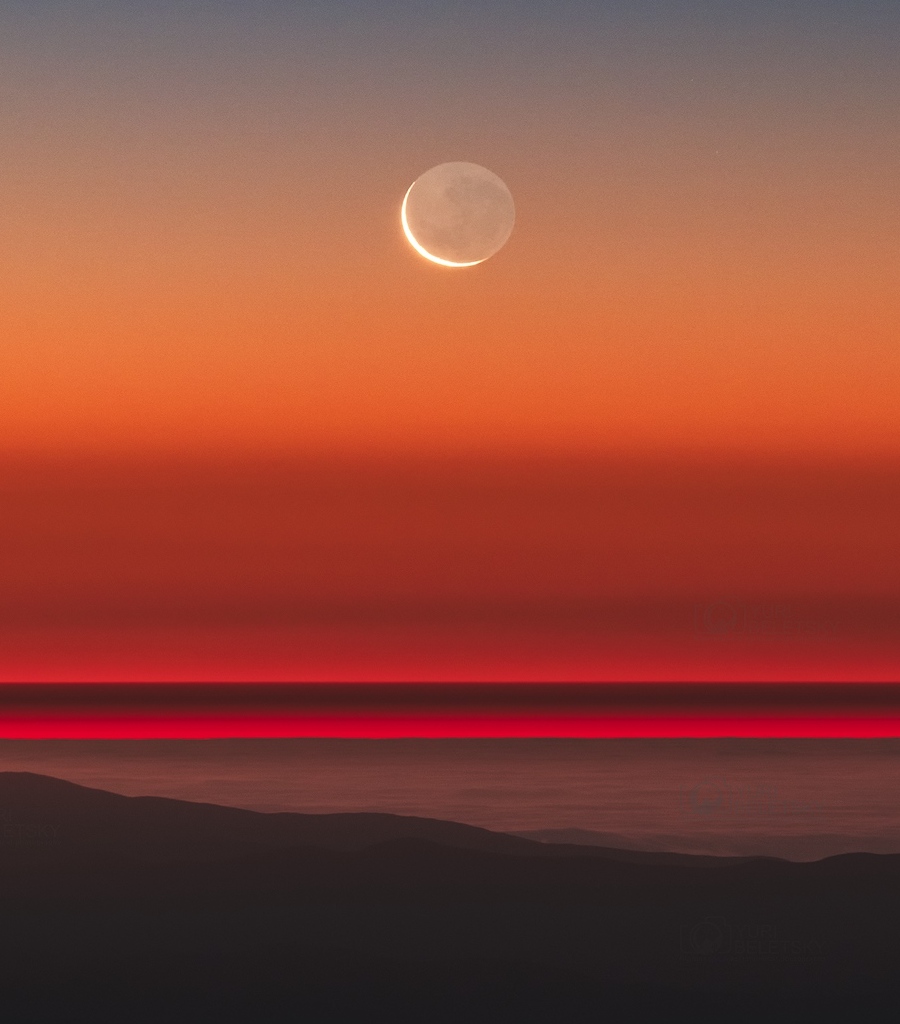 Also known as the Moon's "ashen glow" or the "Old Moon in the New Moon's arms", earthshine is earthlight reflected from the Moon's night side. This stunning image of earthshine from a young crescent moon was taken from Las Campanas Observatory, Atacama Desert, Chile, planet Earth near moonset on January 18. Dramatic atmospheric inversion layers appear above the Pacific Ocean, colored by the sunset at the planet's western horizon. But the view from the Moon would have been stunning, too. When the Moon appears in Earth's sky as a slender crescent, a dazzlingly bright, nearly full Earth would be seen from the lunar surface. A description of earthshine, in terms of sunlight reflected by Earth's oceans in turn illuminating the Moon's dark surface, was written 500 years ago by Leonardo da Vinci. via NASA http://ift.tt/2FXjHml
Posted by Nadia Zagainova at 12:08 AM