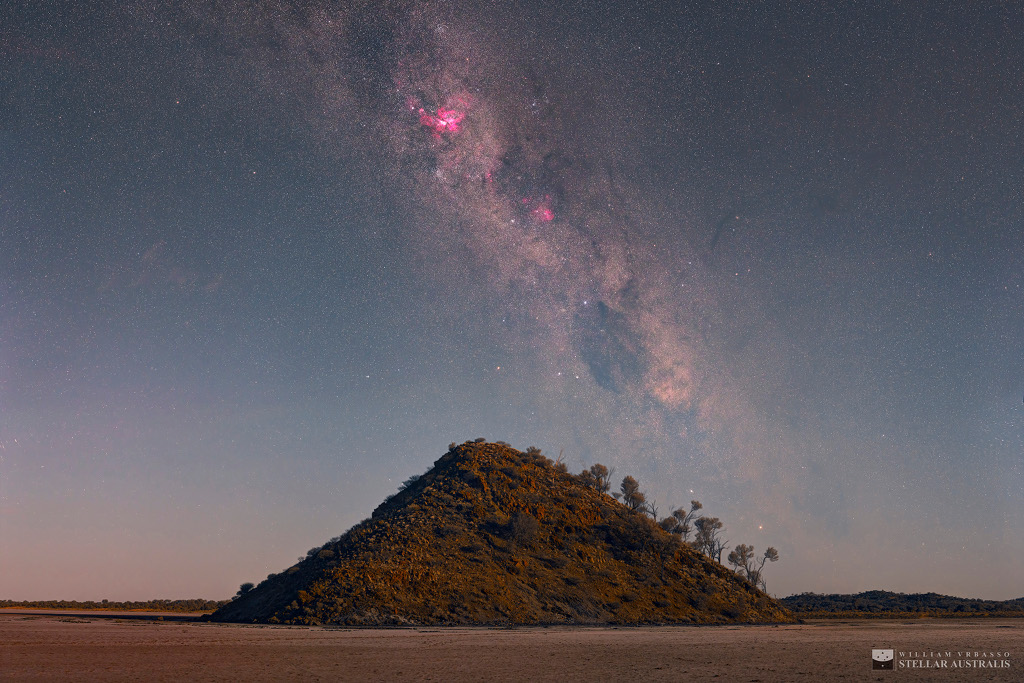 A jewel of the southern sky, the Great Carina Nebula, also known as NGC 3372, is one of our galaxy's largest star forming regions. Easily visible to the unaided eye it stands high above the signature hill of Lake Ballard, ephemeral salt lake of Western Australia, in this serene night skyscape from December 25, 2017. The Milky Way itself stretches beyond the southern horizon. Along the Milky Way, bright stars Alpha and Beta Centauri lie just above the hill's right flank, with the Southern Cross and dark Coalsack Nebula above the hill top. Based on a 22 panel mosaic, the scene was cropped to reveal more closely the beauty of this region of the southern Milky Way. On that short summer night, a star tracking camera mount was used to record the mosaic images of the sky, but turned off to image the foreground in moonlight. via NASA http://ift.tt/2AllL3u
Posted by Nadia Zagainova at 9:08 PM