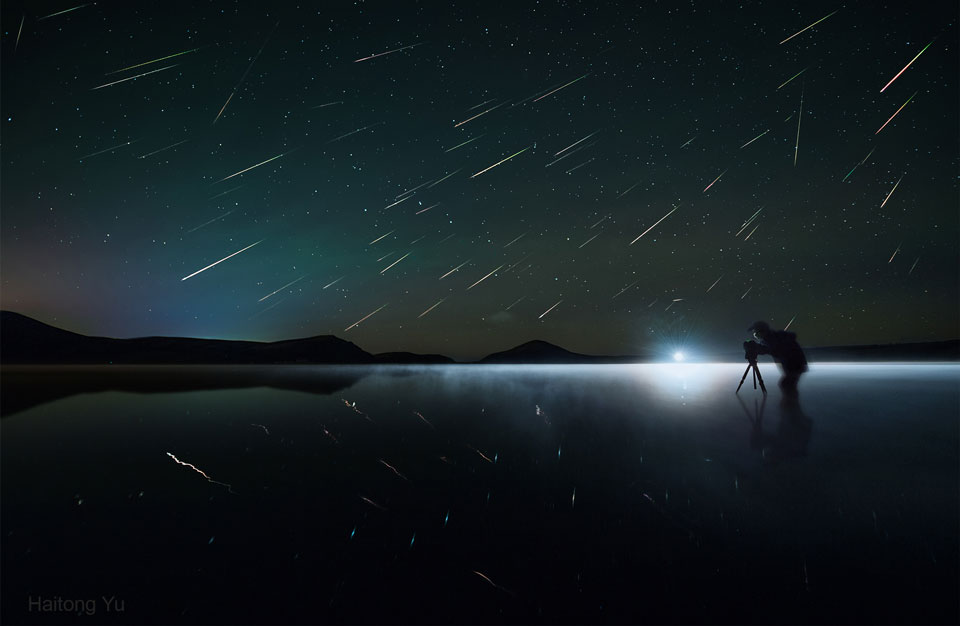 Did you ever get caught in a meteor shower? If yes, then every minute or so the sky sparked with fleeting flashes of light. This was the fate of the pictured astrophotographer during last year's Perseids meteor shower. During the featured three-hour image composite, about 90 Perseids rained down above Lake Duolun of Inner Mongolia, China. If you trace back the meteor streaks, you will find that most of them appear to radiate from a single constellation -- in this case Perseus. In fact, you can even tell which meteors are not Perseids because they track differently. Tonight promises to be another good night to get caught in a meteor shower because it is the peak for the Geminids. Gemini, the shower radiant, should rise shortly after sunset and be visible most of the night. via NASA http://ift.tt/2BBCxjR
Posted by Nadia Zagainova at 9:08 PM