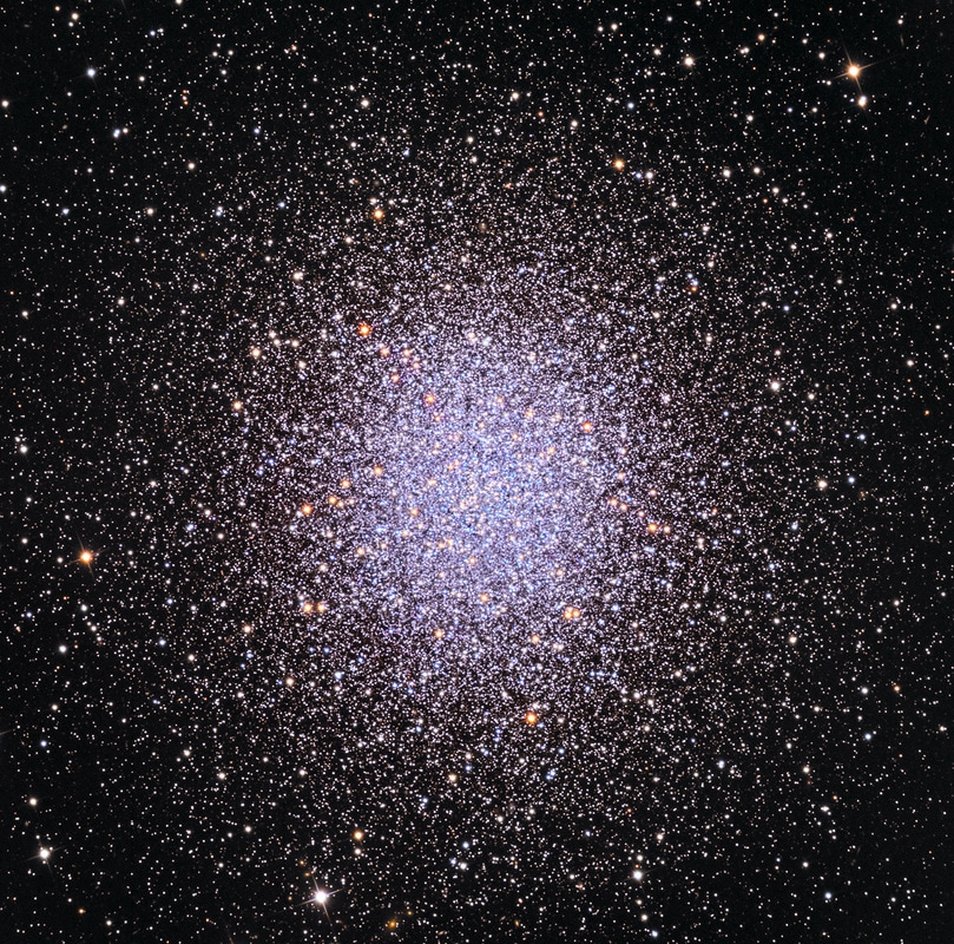 In 1716, English astronomer Edmond Halley noted, "This is but a little Patch, but it shews itself to the naked Eye, when the Sky is serene and the Moon absent." Of course, M13 is now less modestly recognized as the Great Globular Cluster in Hercules, one of the brightest globular star clusters in the northern sky. Telescopic views reveal the spectacular cluster's hundreds of thousands of stars. At a distance of 25,000 light-years, the cluster stars crowd into a region 150 light-years in diameter. Approaching the cluster core upwards of 100 stars could be contained in a cube just 3 light-years on a side. For comparison, the closest star to the Sun is over 4 light-years away. Along with the cluster's dense core, the outer reaches of M13 are highlighted in this sharp color image. The cluster's evolved red and blue giant stars show up in yellowish and blue tints. via NASA http://ift.tt/2qVE9iG
Posted by Nadia Zagainova at 10:08 PM