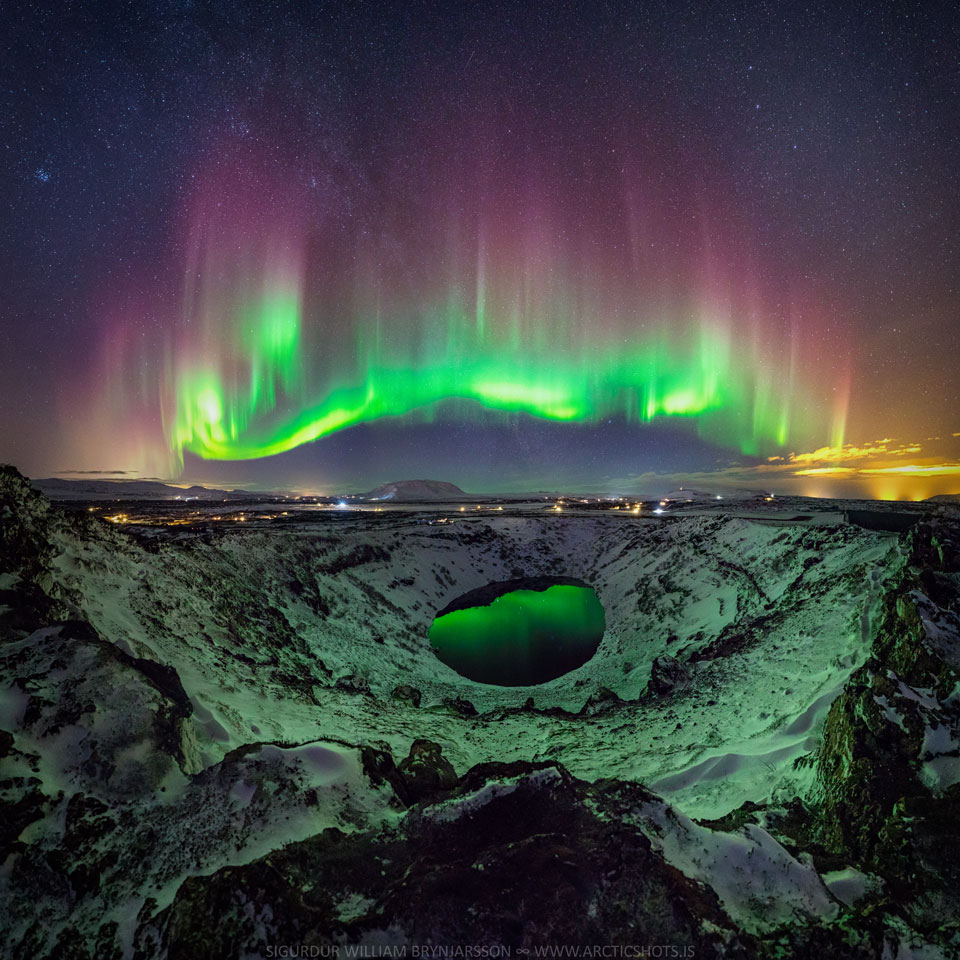 You don't always see a scene this beautiful when you hike to an ancient volcano -- you have to be lucky. When the astrophotographer realized that aurora were visible two-weeks ago, he made a night-time run for the top of the caldera to see if he could capture them also reflected in the central lake. When he arrived, he found that ... the northern lights were even brighter and more impressive than before! And his image of them is the featured 13-frame panoramic mosaic. The crater lake in the center is called Kerid (Icelandic: Kerið) and is about 3,000 years old. The aurora overhead shows impressive colors and banding, with the red colors occurring higher in the Earth's atmosphere than the green. The background sky is filled with icons of the northern night including Polaris, the Pleiades star cluster, and the stars that compose the handle of the Big Dipper. via NASA http://ift.tt/2me9SbC
Posted by Nadia Zagainova at 9:16 PM