A Solar Eclipse with a Beaded Ring of Fire 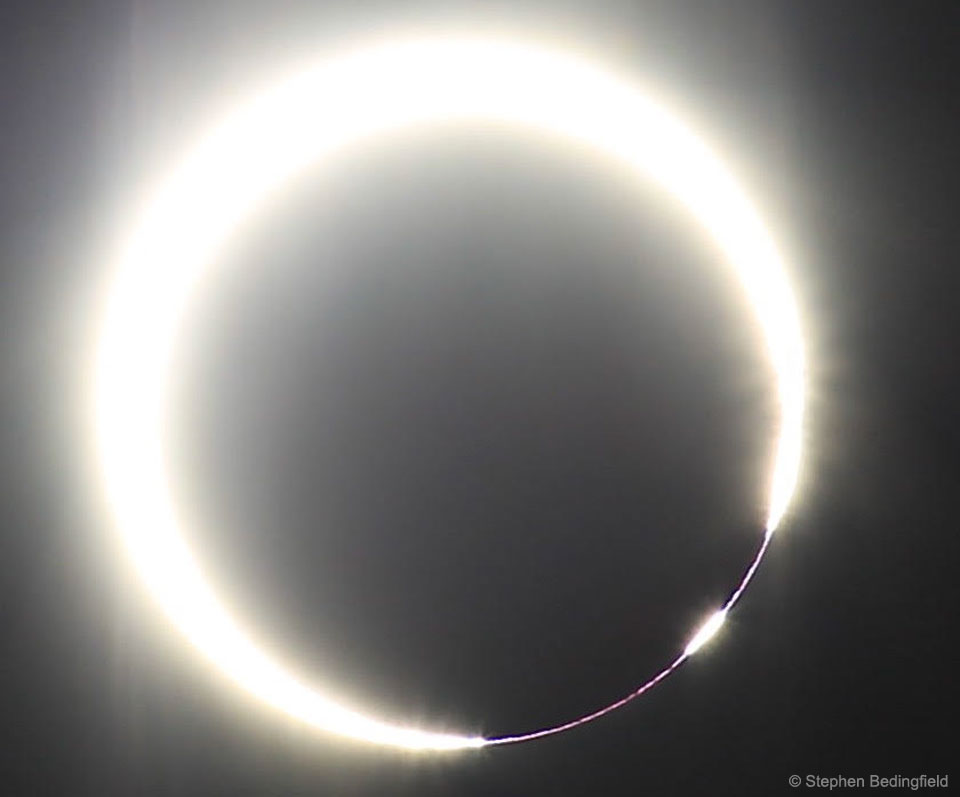 What kind of eclipse is this? On Sunday, visible in parts of Earth's southern hemisphere, the Moon blocked part of the Sun during a partial solar eclipse. In some locations, though, the effect was a rare type of partial eclipse called an annular eclipse. There, since the Moon is too far from the Earth to block the entire Sun, sunlight streamed around the edges of the Moon creating a "ring of fire". At some times, though, the effect was a rare type of annular eclipse. Then, an edge of the Moon nearly aligned with an edge of the Sun, allowing sunlight to stream through only low areas on the Moon. Called a "Baily's bead" or a "diamond ring", this doubly rare effect was captured Sunday in the feature photograph from Chubut, Argentina, in South America. This summer a total solar eclipse will swoop across North America. via NASA http://ift.tt/2m80EhH
Posted by Nadia Zagainova at 9:12 PM