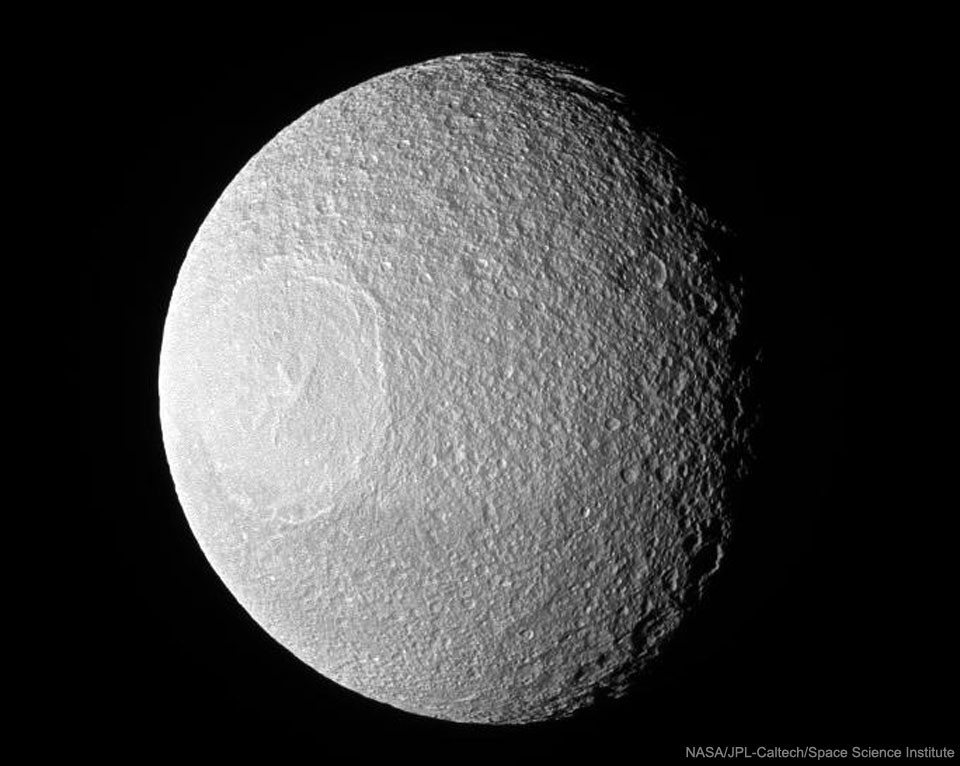 Some moons wouldn't survive the collision. Tethys, one of Saturn's larger moons at about 1000 kilometers in diameter, survived the collision, but today exhibits the resulting expansive impact crater Odysseus. Sometimes called the Great Basin, Odysseus occurs on the leading hemisphere of Tethys and shows its great age by the relative amount of smaller craters that occur inside its towering walls. The density of Tethys is similar to water-ice. The featured image was captured in November by the robotic Cassini spacecraft in orbit around Saturn as it swooped past the giant ice ball. Cassini has now started on its Grand Finale Tour which will take it inside Saturn's rings and culminate in September with a dive into Saturn's thick atmosphere. via NASA http://ift.tt/2kGHEGp
Posted by Nadia Zagainova at 9:47 PM